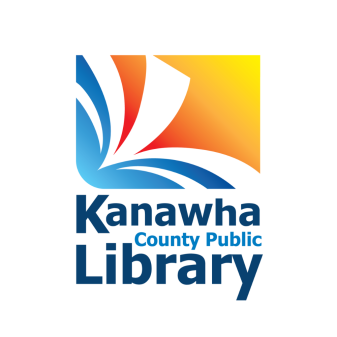 The 2021 West Virginia Book Festival will be held at the Charleston Coliseum and Convention Center on Friday and Saturday, Oct. 22 and 23. It will feature presentations from bestselling national authors, local and regional authors, writing workshops, family activities, a literary marketplace, and an enormous used book sale. All events and programs are free and open to the public.

Colson Whitehead is the author of six novels, including his debut work, The Intuitionist and The Underground Railroad, for which he won the 2016 National Book Award for Fiction and 2017 Pulitzer Prize for Fiction. He has also published two works of non-fiction and received a MacArthur Fellowship in 2002. He won the Pulitzer Prize for Fiction again in 2020 for The Nickel Boys, which follows the story of two African American boys who attend a horrific reform school in Jim Crow-era Florida.

Josh Malerman is the writer of the novel, Bird Box and one of two singer/songwriters for the rock band The High Strung. Bird Box has won the Michigan Notable Book Award and was nominated for the James Herbert Award and Bram Stoker Award for Best First Novel. It has also been adapted into a Netflix Original movie. Other novels include, Black Mad Wheel, Goblin, Unbury Carol, and his latest, Inspection, a twisted fairy tale about a young student at a school deep in a forest who wonders what lies beyond the trees.

Jon Scieszka is best known for his bestselling picture books including The True Story of the Three Little Pigs! and The Stinky Cheese Man. He is also the founder of www.guysread.com and a champion force behind www.guyslisten.com. He was also the first U.S. National Ambassador for Young People’s Literature in 2008.

Homer Hickam, born and raised in Coalwood, WV, is the best-selling author of the "Coalwood" series of memoirs, the "Josh Thurlow" series of World War II fiction, and many other novels and non-fiction books. His many literary awards include the Clarence Cason Award for Non-Fiction, and the Appalachian Heritage Writer's Award for his memoirs and fiction. His memoir Rocket Boys was adapted into the film titled October Sky. Mr. Hickam, a Vietnam combat veteran, has also been a coal miner, scuba instructor, NASA engineer, paleontologist, and best-selling author.

Eric Eyre is an investigative reporter at Mountain State Spotlight, a nonprofit news outlet, and a former statehouse reporter for the Charleston Gazette-Mail newspaper. He won the 2017 Pulitzer Prize in Investigative Reporting for his work to expose the flood of opioids flowing into West Virginia counties with the highest death rates in the country. Eyre’s book, Death in Mud Lick: A Coal Country Fight Against the Drug Companies That Delivered the Opioid Epidemic investigates further into the story of a pharmacy in Kermit, WV that distributed 12 million pain pills in three years to a population of 382 people.

Denise Giardina is an award-winning novelist and former gubernatorial candidate for the Mountain Party of West Virginia. Her book, Storming Heaven, received the 1987 W. D. Weatherford Award for best published work about the Appalachian South and The Unquiet Earth received an American Book Award and Lillian Smith Book Award for fiction. Giardina has also written columns for the Charleston Gazette-Mail and The Washington Post.

In addition to its featured speakers, the West Virginia Book Festival will also present a series of writing workshops and other programs during the two-day event. The Festival Marketplace features authors, publishers and literary-related vendors on both Friday and Saturday. Activities for children include the Word Play area devoted to free hands-on activity stations, plus the children’s Storybook Costume Parade on Saturday. The used book sale offers thousands of bargains on books and other reading materials, all arranged by category. A full schedule of events is available at www.wvbookfestival.org.